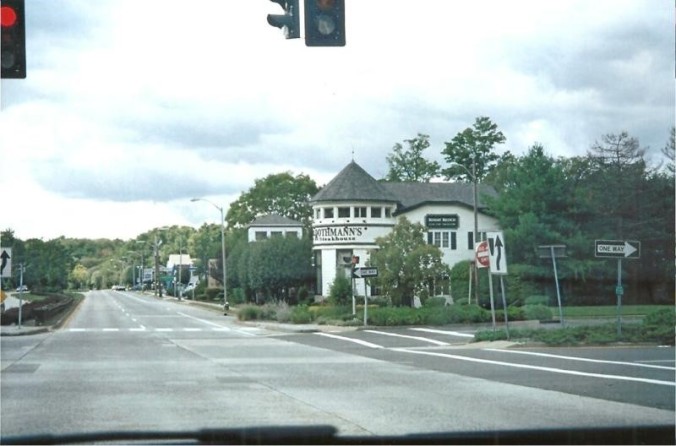 Rothmann’s Restaurant is a famous landmark in the small town of East Norwich, NY located at the corner of Route 106 and Route 25A. It was originally established in 1907 by the Rothman family of Oyster Bay, NY.

However, its long history went back to 1851 when it was built by Andrew C. Hegeman and called East Norwich Hotel. The East Norwich post office was located there at one time, then it became the Town of Oyster Bay meeting place.

Charles and Franziska Rothmann invested their life saving and opened Rothmann’s Restaurant in East Norwich with Franziska doing all the cooking. They lived on the second floor with their six children. After the first World War, the three oldest boys, Charles Jr, Paul and Peter joined the business and continued the tradition of serving fine food and drink in a setting that was both comfortable yet felt pampered. Their reputation spread beyond East Norwich and celebrities were seen dining there. They attracted a loyal following of notable politicians and well-heeled socialites. Theodore Roosevelt, our 26th president used to dine there when he was in town.

After the three boys passed away, the wife of Peter together with the nieces took over. The Rothmann’s family owned the place till 1970 when they sold it to Burt Bacharach, the singer, and his wife, actress Angie Dickinson who began running the inn. They built East Norwich Inn, the only hotel in town that sits behind Rothmann’s Restaurant. There were plans to open a small shopping mall behind Rothmann’s and close the East Norwich Inn. Luckily because of the economic downturn at that time, that plan was put on hold.

Burt Bacharach owned Rothmann’s for a few years and then it was sold several times and the façade was changed. The 1851 building was razed in 1995 to build a western style steakhouse. Then a Greek Restaurant emerged. That did not last long either. It was sort of not in keeping with the tradition. Then it changed hands again and another renovation took place. All through these changes, Gloria O’Rourke, one of the Rothmann’s children who was the Editor of the Oyster Bay Guardian, a local paper, kept watch and wrote something about the good times at the Old Rothmann’s.

The new Rothmann’s sported a cupola which the old Rothmann’s did not have. However, the food is still excellent as ever though a little bit on the expensive side. I took my children there for their birthdays while they were in high school and broke the bank but it was all worth it. In 2007, while working as a real estate agent at Century 21 Laffey Associates, I won a dinner for two on a For Sale by Owner Contest. I took my husband there. It was a very special dinner and cost my office $160.

I remember my mother-in-law used to take my husband and me to Rothmann’s every Sunday night during the summer in the early 70s when she was residing in town. She wintered in New York city. Since we were a regular, we sat on the same table at the corner across from the bar every Sunday. We had this German waiter who used to work at LaGrange Inn in West Islip and attended to us every week. He knew our names, where to sit us, what drink to serve us and what to order. We ate the same thing every Sunday. My mother-in-law gave generous tip to the waiter and always paid cash. She did not own a credit card and did not want one.

As Gloria O’Rourke would say and it was her favorite expression, “Those were the days.”

Until next time. Stop and smell the roses.